Eddy McManus’s cover of “The Break Up Song (They Don’t Write ‘Em)” is a masterful tribute to the original classic by the Greg Kihn Band. From the very first note, it is clear that McManus has put a great deal of effort into staying true to the spirit of the original while also adding his own unique twist. With its infectious melody, powerful vocals, and dynamic instrumental backing, this is a song that truly rocks.

One of the things that makes “The Break Up Song (They Don’t Write ‘Em)” such a memorable and enduring track is its catchy and upbeat pop rock and power pop style. The song’s memorable hook, “They don’t write ’em like that anymore,” speaks to the enduring quality of breakup songs from rock’s earlier times, as the narrator laments both his recent breakup and the fact that they just don’t write good breakup songs like that anymore.

Eddy McManus does an excellent job of bringing this song to life with his powerful and emotive vocal performance. He really captures the spirit of the song, delivering each line with conviction and energy. The lyrics are also a highlight, with their relatable themes of heartbreak and nostalgia sure to resonate with listeners.

In addition to his impressive vocals, McManus also demonstrates his musicianship on this track. The instrumental backing is expertly arranged, with each element working together to create a cohesive and dynamic sound. From the driving drums to the shimmering synths, every element of the song is polished and professional.

Overall, Eddy McManus’s cover of “The Break Up Song (They Don’t Write ‘Em)” is a standout track that is sure to appeal to fans of the original and newcomers alike. The catchy and upbeat melody, powerful vocals, and dynamic instrumental backing all combine to make this a truly memorable listen.

It is clear that Eddy McManus has a true talent for bringing new life to classic songs, and his cover of “The Break Up Song (They Don’t Write ‘Em)” is a testament to this. Whether you are a fan of the original or simply appreciate great music, this is a track that is not to be missed.

Decidedly, Eddy McManus’s cover of “The Break Up Song (They Don’t Write ‘Em)” is a must-listen for anyone who enjoys catchy and upbeat pop rock and power pop. With its powerful vocals, dynamic instrumental backing, and relatable lyrics, this is a song that truly stands the test of time. 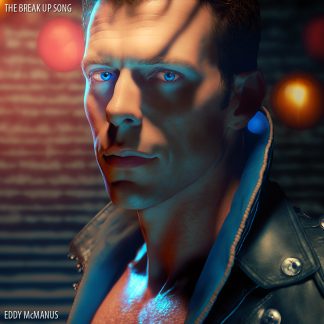